Unlike Mallards, these birds are more wary of humans, so don’t expect to get too close. According to Cornell’s All About Birds http://www.allaboutbirds.org/guide/bufflehead/lifehistory/ac#at_consv :

The takeoff sequence was shot at Braddock Bay, which is a major stop-over on the eastern inland migration flyway. It is located on the south shore of Lake Ontario. Upon reaching this area, most birds will continue northward by circling the Ontario shoreline in an easterly or westerly direction since there are few updrafts over the lake, resulting in the expenditure of more energy. 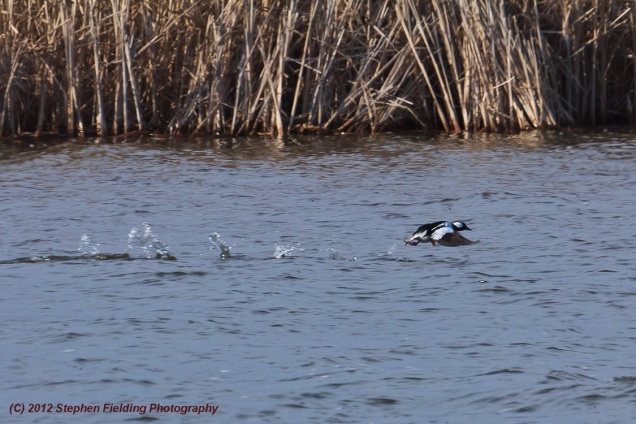