My late wife and I traveled to the UK in the mid-nineties to meet friends. Among the many things we saw was the original coke fired blast furnace from the late eighteenth century at the Museum of Iron that was used to refine pig iron at a much lower cost than using charcoal. This helped pave the way for England’s rapid industrial expansion during the nineteenth century, and further eroded England’s landed aristocracy by the capitalists. As more farmers migrated to the cities for work the face of poverty changed with a host of new social problems including pollution, greater disease due to crowding, and unemployment.

Putting aside the long-running debates about whether communism, democratic socialism, or capitalism is the best form of government for industrialized societies, this blast furnace aided the production of evermore goods and had a positive impact on much of England’s, and later other, populations (e.g., more food, better housing, and eventually, better public health). This led to greater inequality with a rising middle-class and greater profits for industrialists. Nevertheless, no one from the working-class to the one percent wants to return to the pre-industrial era. Industrialization is seductive.

Human population began a more rapid expansion as a result of greater access to energy and resources, then exploding in the twentieth century. You can see this expansion of population and production in the two charts, below. Unfortunately, near vertical curves are not sustainable.

You know the rest, we have destroyed much of our environment and warmed the air and waters such that we are now in the sixth extinction, which will more adversely affect us as the twenty-first century unfolds. We are already seeing the following consequences of industrialization and climate change.

Yes, we should continue our pursuit of renewable energy, but we must cut back production and come to terms with a much lower standard of living–micro-industrialization. If we do not, nature will do it for us. It is still possible but it is not looking good.

Glaciers feed rivers and rivers provide communities with water. As these glaciers disappear, so will the communities that depend on them.

A friend of mine recently went on a rail trip into the Canadian Rockies where he took a great shot along the Athabasca River near the glacier of the same name. As you can see, there is lots of snow and ice on the peaks. Or is there?

We all now know that glaciers around the world are melting, so I decided to see if there is a good historical and recent photo of this glacier from the same position. In fact there is. Again, from the satellite photo on the left it looks like there is lots of ice. But seen from ground-level in the comparisons on the right it is clear that the glacier has drastically receded (and certainly more so during the eleven years since). Glaciers feed rivers and rivers provide communities with water. As these glaciers disappear, so will the communities that depend on them.

I’m just beginning to plan a trip to Ilulissat, Greenland next spring to photograph calving glaciers. I would love to hear from anyone who has photographed glaciers to tell me about their experience.

It has been a few weeks since I’ve visited their nest. There I saw and heard two chics screaming for more food. They seem to like the fish dinners.

It has been a few weeks since I’ve visited their nest. There I saw and heard two chics screaming for more food. They seem to like the fish dinners. Clearly, they had both parents out scrambling. Still, the parents kept a close eye on the chics. I could see one of the parents return from over the river (empty taloned) and circling high overhead looking for any aerial or ground predators, then returning to the river to hunt down the fish. The chics look to be ready to fledge soon.

You will find today’s shots in the first seventeen photos of my online gallery.

Insects are getting harder to find, except those that bite us and get into our food supplies.

A walk through the gardens this morning did not reveal as many insects as I would have liked. Insects are just getting harder to find, except those that bite us and get into our food supplies. As for the rest, we are destroying their habitat and food sources with farming and pesticides use. Like them or not, they are a vital element to our biosphere. Evolution says so.

Meanwhile, temperatures and humidity are on the rise today, ushering in our first heat wave, beginning tomorrow. Europe and South Asia are baking as I write this. London is forecast to hit 104o F soon?!

You will find more of today’s photos with the first seven photos at my on-line gallery.

Wanted for a series of garden capers, including the organized trafficking of fresh garden vegetables.

Wanted for a series of garden capers, including the organized trafficking of fresh garden vegetables. Contact animal control if you have any information as to his whereabouts. Do not approach.

I found this pair over at the Audubon center today. You can see more of these two at my on-line gallery.

Stars are born with the compression of hydrogen which gravity compresses until the point of fusion. From there on, heavier elements are created.

Those disks you see are galaxies, each with 100-400 billion stars. The arcs of light are distended galaxies, the result of gravitational lensing caused by the bending of space/time and light by both visible and dark matter (explained by general relativity). Most of these stars (except the smallest) have likely burnt out or went supernova eons ago. Stars are born with the compression of hydrogen which gravity compresses until the point of fusion. From there on, heavier elements are created. The larger the star, the heavier the elements it can produce–up to iron. The heavier elements cast from supernovas are what led to the matter that pervades the universe. Our planet and our bodies are all descendants of giant stars.

I was shooting in high speed continuous mode using center screen focus. The camera focused in most shots on the background instead of the bird, so only the last two images, above, were marginally fit for presentation.

If you have any interesting shots of raptors I would love to see them.

As I have previously noted, insects are in decline (except for those that bite and get into our food supplies). Few have the guts to splatter themselves on our windshields as we drive the highways during dusk hours.

Most photos posted to my on-line gallery since September, 2020 are geo-tagged. Just click on an image’s info icon to see its location on Google maps.

Unauthorized use and/or duplication of this material without express or written permission from this blog's author is strictly prohibited. Excerpts and links may be used, provided that full and clear credit is given to Stephen Fielding Images with appropriate and specific direction to the original content.

This work is licensed under a Creative Commons Attribution-NonCommercial-ShareAlike 4.0 International License. 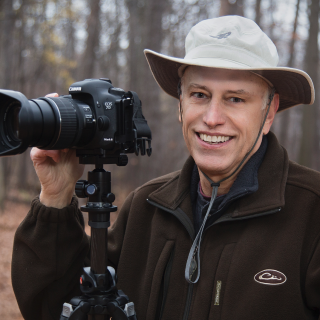 I'm a retired medical sociologist from the University of Rochester. Climate change is one of the two great challenges facing humanity (the other is nuclear weapons). In writing about the impact of climate change I read reputable books and articles on the topic. So when I make statements about climate change you will see a link taking you to the scientific source(s) of the information I provide. As for my independently published photobooks, each has gone through several layers of editing and peer review for both readability and accuracy. This is not to say that everything I say is accurate. Even the New York Times makes mistakes. So, if you find something that is factually incorrect, let me know. I hope you find reading my blog a positive experience. If you do, please encourage your family and friends to have a look. You can find photos from my other photo work by clicking on the My SmugMug Gallery tab, above. Best wishes, -Steve